An overview over all settings when integrating Demodesk & HubSpot

Written by Lisa Neu
Updated over a week ago

In essence, you can control whether Demodesk should create the following objects:

To get to know everything you need about canceled meetings, jump here. 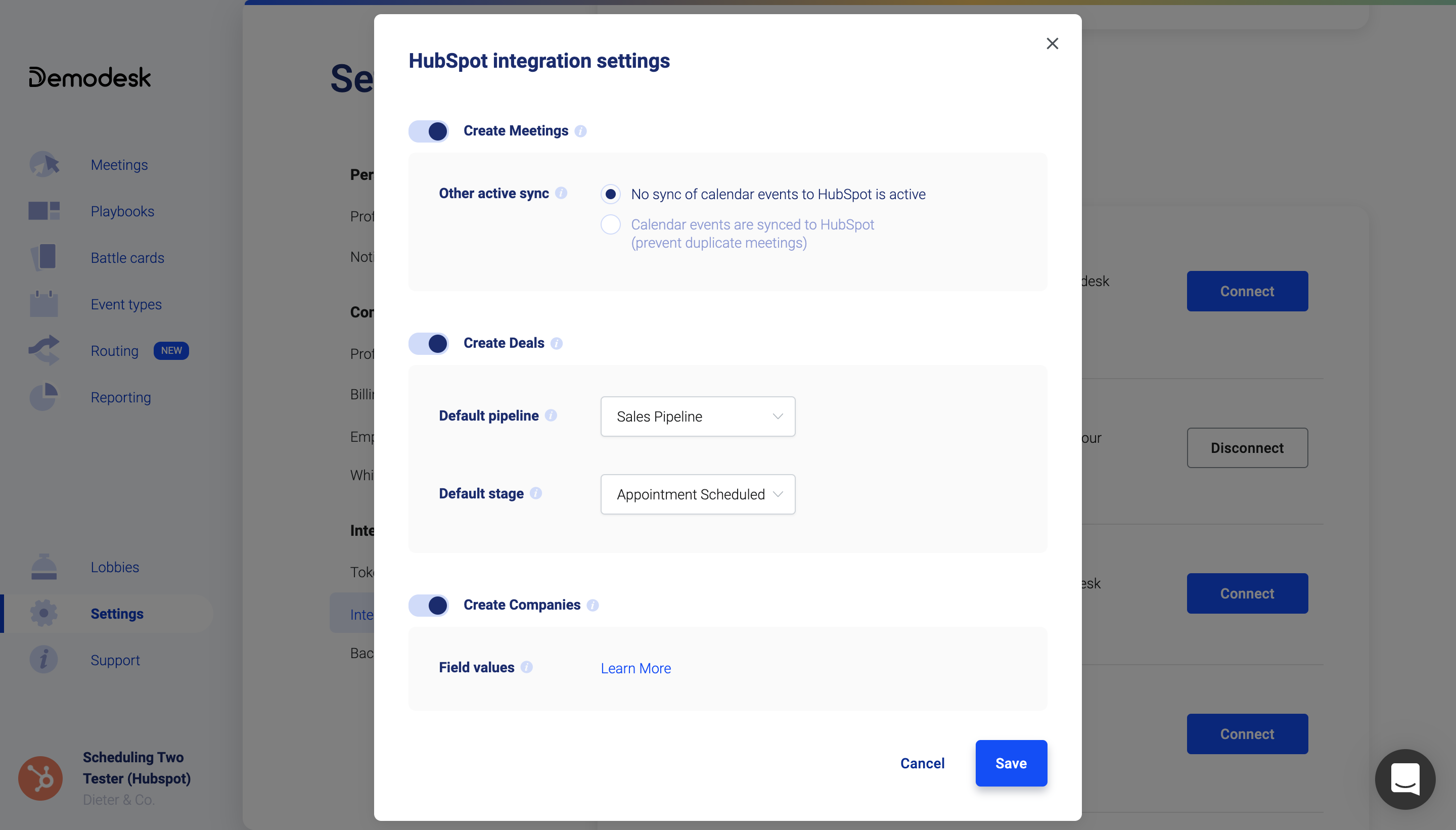 If you turn the creation of these objects on, we first check if the objects already exist for the given email address to avoid their duplication.

For creating meetings, you can specify if you have other syncs with HubSpot enabled. For instance, if you have active sync between your calendar and HubSpot, you should select the second option to avoid double meetings in HubSpot. In case you are unsure about what option to select here, feel free to reach out to us via the chat.

If you want to automatically create HubSpot deals via Demodesk, you need to set a Pipeline and a Stage. These values are needed in order to create the object in HubSpot. You can specify the default values in the integration settings.

By default, we connect some system tokens in Demodesk to standard fields in HubSpot (see below for more details).

If a meeting is canceled in Demodesk, it is deleted from the calendar (for Google & Outlook). If the sync between the calendar and HubSpot is enabled, the meeting will also be deleted in HubSpot. This prevents tracking/reporting on canceled meetings.

To solve this, we have implemented a feature that doesn’t remove canceled meetings from Google calendar. The following will happen:

Note: If the meeting is deleted in the calendar, the sync between the calendar and HubSpot will also delete it in HubSpot. This is out of our control.

In case you need to reschedule after the meeting is canceled, we can still ensure the sync:

Did this answer your question?